Auditing is defined as the on-site verification activity, such as inspection or examination, of a process or quality system, to ensure compliance to requirements. An audit can apply to an entire organization or might be specific to a function, process, or production step. Some audits have special administrative purposes, such as auditing documents, risk, or performance, or following up on completed corrective actions.

The three different types of auditing
What are first-party, second-party, and third-party audits?
What are the four phases of an audit cycle?
Auditing resources
Become a certified auditor

THE THREE DIFFERENT TYPES OF AUDITS

ISO 19011:2018 defines an audit as a “systematic, independent and documented process for obtaining audit evidence [records, statements of fact or other information which are relevant and verifiable] and evaluating it objectively to determine the extent to which the audit criteria [a set of policies, procedures or requirements] are fulfilled.” There are three main types of audits:

WHAT ARE FIRST-PARTY, SECOND-PARTY, AND THIRD-PARTY AUDITS?

Companies in certain high-risk categories—such as toys, pressure vessels, elevators, gas appliances, and electrical and medical devices—wanting to do business in Europe must comply with Conformité Europeënne Mark (CE Mark) requirements. One way for organizations to comply is to have their management system certified by a third-party audit organization to management system requirement criteria (such as ISO 9001).

Customers may suggest or require that their suppliers conform to ISO 9001, ISO 14001, or safety criteria, and federal regulations and requirements may also apply. A third-party audit normally results in the issuance of a certificate stating that the auditee organization management system complies with the requirements of a pertinent standard or regulation.

Third-party audits for system certification should be performed by organizations that have been evaluated and accredited by an established accreditation board.

Value-added assessments, management audits, added value auditing, and continual improvement assessment are terms used to describe an audit purpose beyond compliance and conformance. The purpose of these audits relates to organization performance. Audits that determine compliance and conformance are not focused on good or poor performance, yet. Performance is an important concern for most organizations.

A key difference between compliance audits, conformance audits, and improvement audits is the collection of evidence related to organization performance versus evidence to verify conformance or compliance to a standard or procedure. An organization may conform to its procedures for taking orders, but if every order is subsequently changed two or three times, management may have cause for concern and want to rectify the inefficiency.

WHAT ARE THE FOUR PHASES OF AN AUDIT CYCLE? 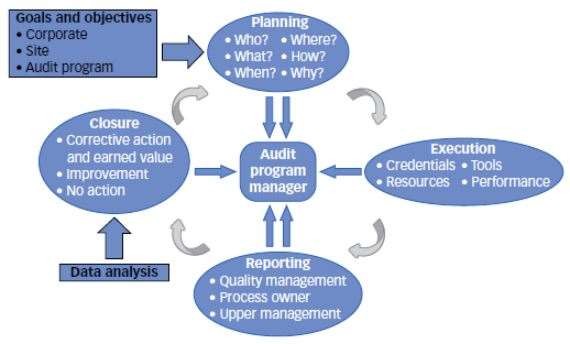 The Four Phases of an Audit Cycle

Note: Requests for correcting nonconformities or findings within audits are very common. 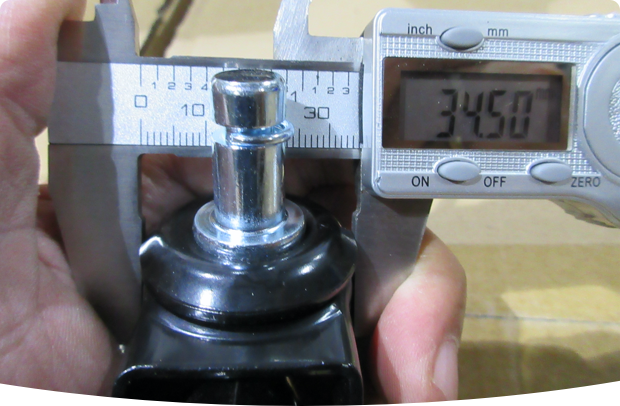